Ella's PMR Story - a round about way to diagnosis 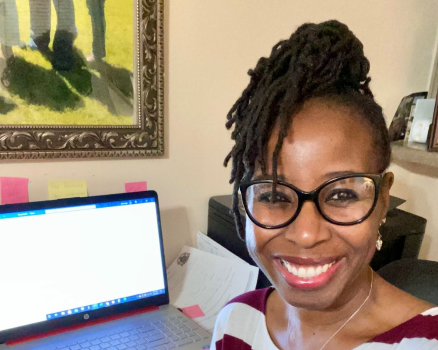 I am happy to feature a story from a wonderful young woman named Ella who is braving Polymyalgia Rheumatica.

Thank you for allowing me to share my story. I am truly enjoying this PMR blog. Great information.

Sometime back in April, I began having shoulder pain. I didn’t pay much attention to it because I had always been very active and worked out a lot. I would often use my heating pad plus use some cream. After awhile, I stopped treating it and just dealt with it. 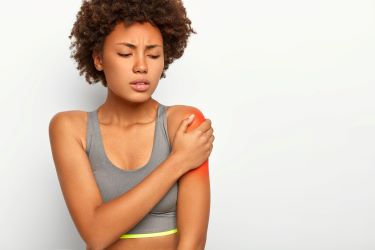 A few weeks later, I started having issues with my hips and legs. Since I began working from home, I thought maybe it was my chair so I went out and bought a new one. The chair was very comfortable and gave me some relief but the pain was still there.

I found myself having to get up and move around the house often, in fact, more often than I should. After a few more weeks, I decided to go to urgent care because by then, the pain was in my chin, thighs, hips, and buttocks. When I got there and was explaining the symptoms to her, she immediately thought I had  Rhabdomyolysis (a rare muscle condition). She did urine and blood work and sent me home.

A week later, the pain was getting worse so I decided to ask for an opinion from the occupational therapist who treats my son. She suggested I get a new desk and chair. Following her orders, I bought a very expensive chair and desk. Still no relief! 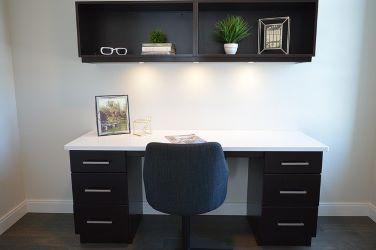 At this point, I decided to see another doctor who sent me to see a cardiologist. I had blood work and was told to check back in again in 30 days.  At my next appointment, I had a stress test and a Doppler study for clots and circulation.

A few days later, he called me and said that he found nothing heart-related. By then I was in so much pain and was completely miserable to the point of tears. I called my primary doctor back and he asked me to come in the next day. I went in and as thoroughly as I possibly could, explained and pointed to every spot where I felt pain.

This was almost 3 months from when I first started having pain. My doctor told me that he was going to check my urine again to once again rule out Rhabdomyolysis and do blood work to check for inflammation.

Thankfully, I soon received a call from my doctor with a diagnosis.  My doctor said that I had PMR. I had never heard of it.  He explained that he had to consult with someone else because of my age and race. I’m a 47 (now 48) year old African American woman and PMR supposedly doesn’t happen to people like me.

Sure enough, I looked at the Mayo Clinic’s site for PMR and it was indeed highly unlikely that I could have PMR. I sought a second opinion from another doctor in the state that I had moved from the year before.  He confirmed my PMR diagnosis also.

I was given 15mg of prednisone for 10 days and about the third day, it felt like I was given new life. It was such a big relief for me.

PMR has changed my life so much. There are times when I have so many symptoms that I don’t know what to do. I’ve had depression, anxiety, insomnia, and fatigue. There have been times when I just don’t want to get out of bed. I don’t want to be around people for fear of what I may say, due to feeling miserable.

I now take 4mg of prednisone and it seems to be working well for me. I’ve been vegan for years so my diet is good and I still exercise/run/power walk 5-6 days per week. 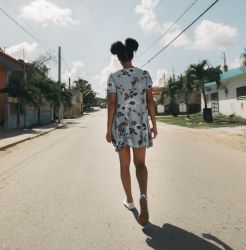 I have changed some things up and cut out some so that those don’t trigger my symptoms, like my vegan ice cream and cookies. Although it puts me in a state of misery later in the day, I’m afraid to stop jogging and exercising because I may become complacent and just give up.  I will not allow PMR to dominate my life. I have a great support system and they are always here for me when I need them.

I have taken control of PMR.